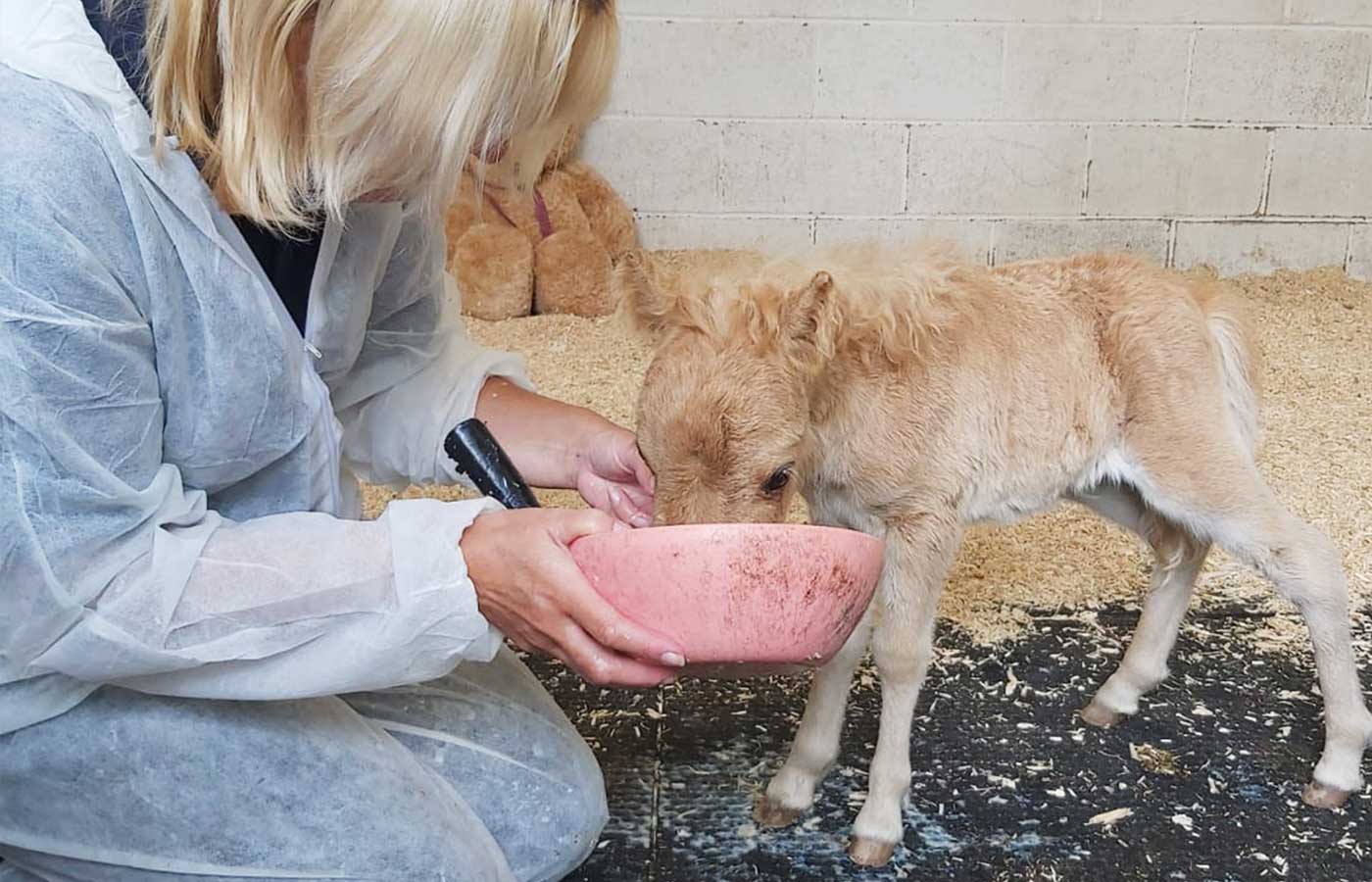 Horses' lives are changed forever because your support means we are here to take the call.

Why we need your help

Shetland foal Sally (full name Salvia) came into the care of our Penny Farm Rescue and Rehoming Centre in June having been orphaned at just ten days old. She’s been hand reared by the team and was fed every two hours around the clock to begin with.

Thanks to the team’s dedication, Sally has thrived in their expert care and soon showed a real will to survive, growing stronger every day. Her character soon began to shine through and she now enjoys going out to the field with her friends every day.

Sally had to be clipped at the end of the summer as she was too hot with her very thick coat and is now busy growing out of her tiny turnout rugs at speed. She may be small but Sally has certainly got a big personality – and wasn’t at all daunted by meeting the biggest horse on the farm recently.

“Sally will remain with us until she’s ready for rehoming for youngster handling – with her eye-catching looks and fabulous personality we expect that she’ll be extremely popular. Thanks to a concerned caller highlighting her situation to us, Sally’s future is bright – but it could so easily have been a very different story.”

Our Welfare Line receives thousands of calls each year from people concerned about horses.

We rely on caring people like you to donate £3 a month to ensure a kinder future for horses and ponies.

Other ways to donate

It touches my heart with such amazing work you do you such a magical, spiritual animal. It upsets me greatly how animals are treated with such disrespect and disregard. They are sentient beings with thoughts and feelings. Thank you for being there for those that need it the most

Please Donate
We use cookies to help provide you with the best experience when you visit our websites. By using this site you consent to the use of cookies on your device. You can change your cookie settings at any time through your browser settings - for instructions or more information see our cookie policy.