An 18 year old man from Guildford has been banned from keeping horses for two years after he pleaded guilty to failing to provide veterinary treatment to a pony with a horrific eye injury. 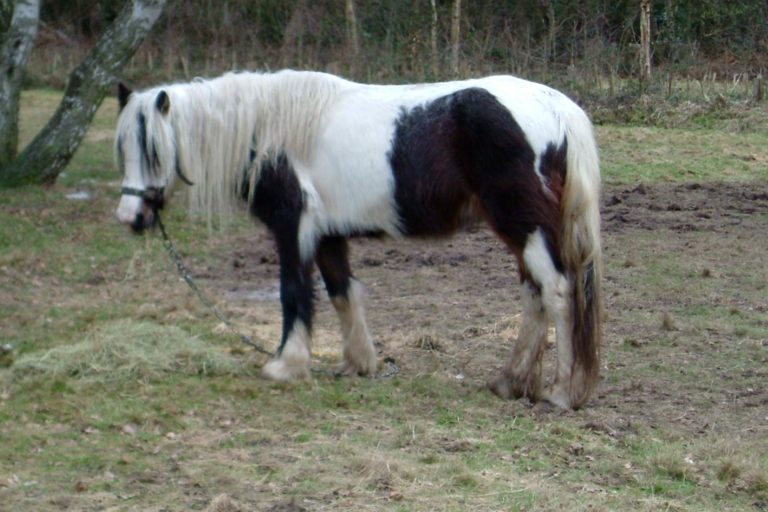 A man appeared before Guildford Magistrates Court on Thursday 25th June where he was also ordered to pay costs of £2,500 and carry out 100 hours of community service.

The pony’s right eye was badly injured and oozing green pus so Ted contacted RSPCA Inspector Rob Jackson and veterinary surgeon Debbie Watson who examined the pony and discovered that her right eyelid was completely missing. The pony was very fearful of people, clearly distressed and in terrible pain.

She was immediately taken away for treatment where vets found her eye was badly ulcerated possibly as a result of a penetrative injury. They estimated that the pony had been allowed to suffer for at least 21 days and recommended that her right eye be completely removed.

The operation, which cost £2,300, was funded by the RSPCA and after a period of recovery she was taken to World Horse Welfare Glenda Spooner Farm in Somerset where staff named her ‘Panda’.

“This was one of the most serious physical injuries I have ever seen on a horse and I hope I never see suffering like this again.

“Panda’s future is secure as she was signed over to us prior to the case going to court and she is now starting to respond to the care provided by World Horse Welfare staff. Hopefully it won’t be long before we can find her a caring new home.”

Would you like to help World Horse Welfare help more horses like Panda? Find out how you can make a donation or rehome a horse.

Woman banned from keeping all animals for indefinite period

A woman has been disqualified from keeping all animals for an indefinite period after she failed to provide veterinary care for her lame horse.