Will you email your MP to support increased animal cruelty sentences?

We need your support to ensure increased sentencing becomes law as soon as possible. 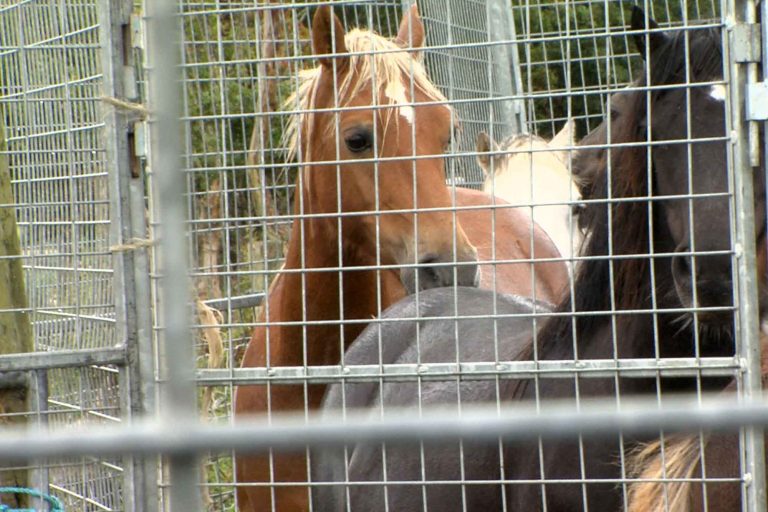 We welcomed the announcement by the UK Government in the Queen’s Speech that it will be bringing forward legislation to increase animal cruelty sentencing from six months to five years in England and Wales. However, we need your help to ensure it becomes law quickly.

The more MPs that support increasing the maximum sentence and work towards ensuring it is prioritised, the more likely we are to succeed in passing a law that will allow tougher sentences to be given and provide better protection to animals like those found at Ingst Manor Farm, pictured above, who suffered from severe neglect at the hands of their keeper.

This higher penalty is already law in Northern Ireland, and last year we welcomed the introduction of the Animals and Wildlife (Penalties, Protections and Powers) (Scotland) Bill to the Scottish Parliament, which – if approved – will increase maximum sentences for animal welfare offences to five years in Scotland. We believe it is time England and Wales follow suit.

Can you spare just a couple of minutes today to email your MP asking them to support increased sentencing for animal cruelty offences?

We have drafted an email for you to send to your MP. Just click the link, enter your details and feel free to edit before sending.

Rescue cobs are in possession of rather “Austen-tatious” names

Having been in a sorry state, the future is now bright for Mr Bingley, Mr Bennet and Mr Darcy.