A West Sussex man who neglected horses in his care has received a three month suspended jail term and been banned for life from keeping equines. 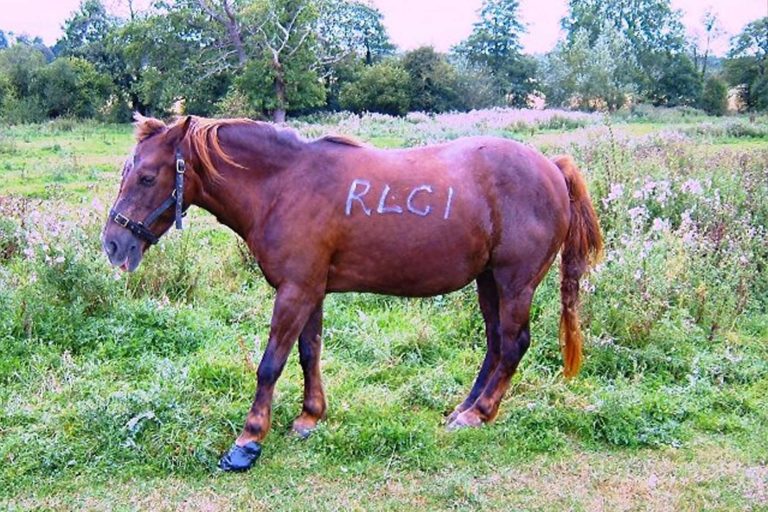 The case was brought by the RSPCA with the help of leading international equine charity World Horse Welfare.

He had pleaded guilty at a hearing on June 30 to four offences under the Animal Welfare Act. The jail sentence on the man, who has a previous conviction for horse cruelty, was suspended for two years. In addition he was ordered to carry out 120 hours unpaid community service work, and he will also be deprived of two horses he currently owns.

World Horse Welfare Field Officer Ted Barnes and RSPCA Inspector Becky Carter visited premises in September 2009 following a tip off. They discovered four horses in a field together with the carcass of a black and white stallion. All the horses were overweight and had overgrown feet. A 13.2hh chestnut mare was suffering from severe laminitis and was so lame she could hardly move.

Following their visit, a man was charged with causing unnecessary suffering to the chestnut mare, and failing to meet the needs of two black cob stallions and a black and white mare. All four horses were taken into the care of World Horse Welfare. One of the black stallions and the chestnut mare have since been put to sleep, the first due to a severe attack of colic and the latter because of ongoing laminitis. The black and white mare, now named Ruby, and the remaining stallion, Rascal, are undergoing rehabilitation at World Horse Welfare’s centre in Norfolk. It is hoped they will eventually be found new homes.

Passing sentence, Deputy District Court Judge Adrian Turner told the man that he was: “Eccentric, stubborn and stupid.” Had he followed the advice on caring for his horses offered to him by the RSPCA and World Horse Welfare, he said, he would not have found himself in the position he was in today. Judge Turner described as “Highly regrettable” the fact that he could not impose a financial penalty on the man. This, he said, was because of the fact that £6,000 was still outstanding from costs imposed on him after a previous court case.

Ted Barnes said after the hearing: “I am disappointed that the Judge was unable to reimburse both the RSPCA and World Horse Welfare the large sums in costs that we have both incurred, but his reasoning was sound.”

A man from Redcar has been sentenced for causing unnecessary suffering and failing to meet the needs of four horses.