Veterinary aid, support and supplies co-ordinated and funded by BEU have made a difference to horses caught up in the conflict. 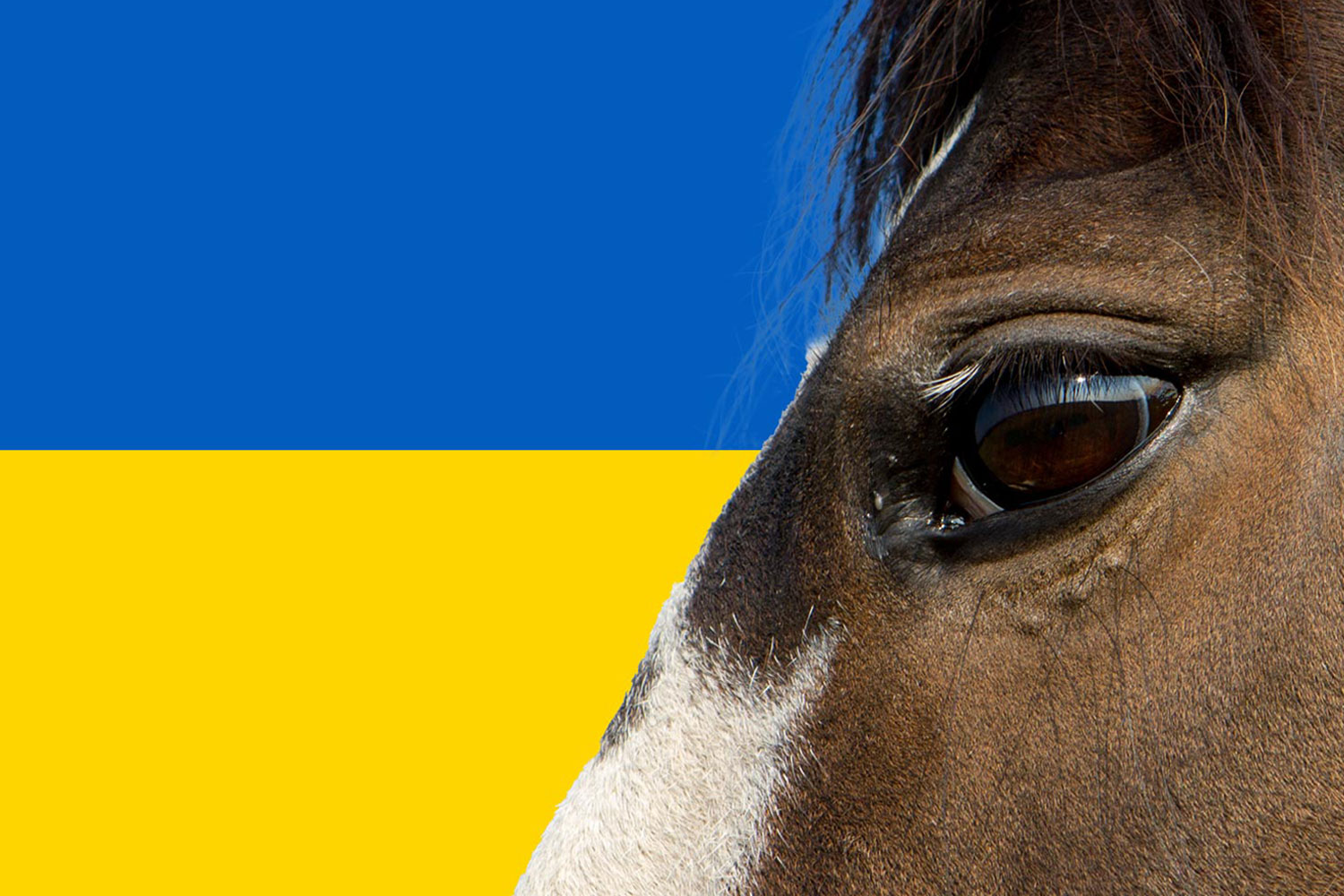 Financial support and goods provided by the British Equestrians for Ukraine (BEU) group has helped a great number of horses survive illness, wounds and trauma – and those involved are extremely grateful for our help.

Anatoly Levitsky, retired Ukraine Equestrian Federation team vet and in-house vet at Kyiv Hippodrome, assembled a network of vets who could help treat horses in the war-torn country when many vets were called into military service. The need for medication, equipment and dressings became increasingly urgent and Anatoly reached out to his contact network, including the British Equestrian Veterinary Association (BEVA) and the British Equestrian Trade Association (BETA).

A team of veterinarians, including David Rendle, president-elect of BEVA and Dr Till Hörmann of Hörmann Equine, a mobile veterinary practice in Leicestershire, secured a number of aid donations and negotiated the purchase of drugs and equipment at trade or vastly reduced rates utilising the BEU Fund. Their hard work secured goods worth over £190,000 – enough for two full lorry loads which were driven from Britain to Ukraine with the support of the Ukrainian Equestrian Federation.

In a bid to keep the veterinary network functioning throughout Ukraine, Anatoly has overseen the distribution of the much-needed medicines, dressings and equipment throughout the regions in need and stocks should last several months. In a letter thanking David Rendle for the assistance, Anatoly said;

“I’m grateful to you David and all the organisations who made this possible, for not giving up when faced with the difficulties and for placing your trust in us. Also, for collaborating together, which can’t have been easy, to make a huge difference. It has been worth it, and you have not only brought relief to animals but given support to the people themselves by showing them that they are not alone and for as long as it takes.

Many international organisations took part in providing food and evacuation of horses from the war zone, but only you came to the help of Ukrainian vets in treating the wounded, burned and traumatised equines. The two big trucks you provided with drugs and equipment was brilliant – so much so it wasn’t easy to unload, to sort and to distribute between different regions of Ukraine – but we’re so grateful.”

“Without the generous support we’ve received from a number of individuals and companies, none of this would have been possible. As equine vets, we’re passionate about welfare and we knew we had to do something to help the horses as well as the people. It’s been a huge collaborative effort and the results speak for themselves with the number of lives saved and relief provided.

However, the situation in Ukraine is ongoing and while we may have bought some time for now, the need for help will continue.  With winter not that far away, further support will be needed. Anatoly and the network of vets and volunteers have done some incredible work in the most testing of conditions and I call on everyone’s support so that we may continue to provide whatever help is required to the horses and people of Ukraine.”

British Equestrians for Ukraine continues to work with the Ukraine Equestrian Federation on a number of projects with both expertise and funding. Over £250,000 has been raised so far but the team is calling for further donations to help with the continuing need for veterinary and farriery support as well as establishing an in-country supply network for feed, forage and bedding as the colder months approach.

To donate to the British Equestrians for Ukraine, visit the dedicated page on World Horse Welfare. Remember, if you’re a UK taxpayer, you can claim Gift Aid on your donation which makes the money go further at no extra cost.

Elf has been transformed since he came into our care. Will you help other horses in need this winter?