Results revealed from groundbreaking study into the impact of rider weight. 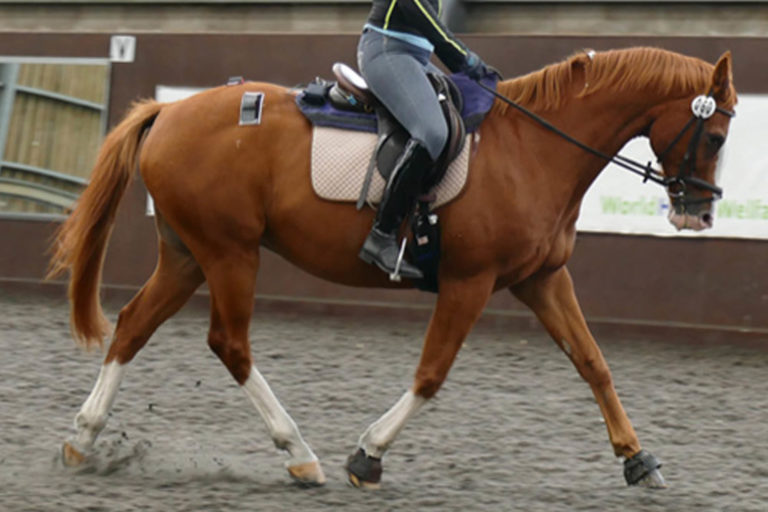 Results of a new pilot study on the effects of rider weight on equine performance, presented at the National Equine Forum on 8 March 2018, show that high rider: horse bodyweight ratios can induce temporary lameness and discomfort. In simple terms, if the rider is excessively heavy for the horse in question it can have a negative impact on the performance of the horse. Ultimately the study should help with the development of guidelines to help all riders assess if they are the right weight for the horse or pony they intend to ride, to enhance both equine welfare and rider comfort and enjoyment.

“While all the horses finished the study moving as well as when they started, the results showed a substantial temporary effect of rider weight as a proportion of horse weight. The results do not mean that heavy riders should not ride but suggest that if they do they should ride a horse of appropriate size and fitness, with a saddle that is correctly fitted for both horse and rider.

“We must remember that this is a pilot study: further work is required to determine if horse fitness, adaptation to heavier weights and more ideal saddle fit will increase the weight an individual horse can carry. This should help us further in our quest to develop guidelines for optimum rider: horse bodyweight ratios.”

As the average weight and height of humans continues to increase there is growing debate about relative rider-horse sizes, with riding school horses epitomising the variety of weights of rider that a single horse may be exposed to. Numerous inter-related aspects are involved with the horse and rider combination including the age of the horse, its fitness and muscle development, the length of its back and the presence or absence of lameness. The rider’s skill, fitness, balance and coordination are important factors, as is the fit of the saddle to both the horse and rider. The type, speed and duration of work and the terrain over which the horse is ridden must also be considered.

To date little research has been conducted on the effects of rider weight on equine welfare and performance. To address the shortfall World Horse Welfare, the Saddle Research Trust, the British Equestrian Federation and a number of other organisations helped to fund a pilot study last summer, the results of which have now been analysed.

The influence of rider to horse bodyweight ratios on equine gait and behaviour: a pilot study assessed gait and behavioural responses in six horses ridden by four riders of similar ability but different sizes. The riders were all weighed in their riding kit and were subsequently categorised as being light, moderate, heavy and very heavy.  Their body mass index (BMI) was also calculated. The BMI calculation divides an adult’s weight by their height squared and the score is used to assess healthy weight.

Each rider rode each horse in its usual tack and performed a set pattern of exercises comprising mainly trot and canter. Gait, horse behaviour, forces under the saddle, the response to palpation of the back, alterations in back dimensions in response to exercise, heart and respiratory rates, salivary cortisol levels and blink rate were assessed for each combination.

The riding tests for the heavy and very heavy riders were all abandoned, predominantly because of temporary horse lameness. This was likely to have been induced by bodyweight rather than BMI, given that the heavy and moderate riders had similar BMIs, both being classified as overweight, yet only one of the moderate rider’s tests had to be abandoned. An ethogram, developed by Dr Dyson specifically to assess behavioural markers which may reflect pain in ridden horses, was applied. The scores which may reflect pain were significantly higher in the horses when ridden by the heavy and very heavy riders.

The study also raised the issue of rider height and saddle fit. The owner of one of the test horses had a similar bodyweight: horse bodyweight ratio to the heavy rider and was of similar weight, but significantly different in height (157.0 and 185.5 cm, respectively). This large difference in height has major potential implications for saddle fit for the rider and consequently the rider’s position and weight distribution. The taller rider sat on the back of the cantle, overloading the back of the saddle and making it more difficult to ride in balance, with the heel being in front of a vertical line between the shoulder and ‘hip’.

“These pilot results are certainly not surprising but are very significant in adding vital evidence to inform an appropriate rider: horse weight ratio. It is common sense that rider weight impacts equine welfare however many might not fully understand or recognise this.  What is desperately needed is basic guidance to help riders identify a horse or pony that is right for them and this research is a vital step in that direction.”

Do you have an interest in horses?

If so, we’d like to know what interests you about horses, what you want to learn more about and what your opinions are.