The International Coalition of Working Equids hosted a workshop as part of the 7th Pan Commonwealth Veterinary Conference. 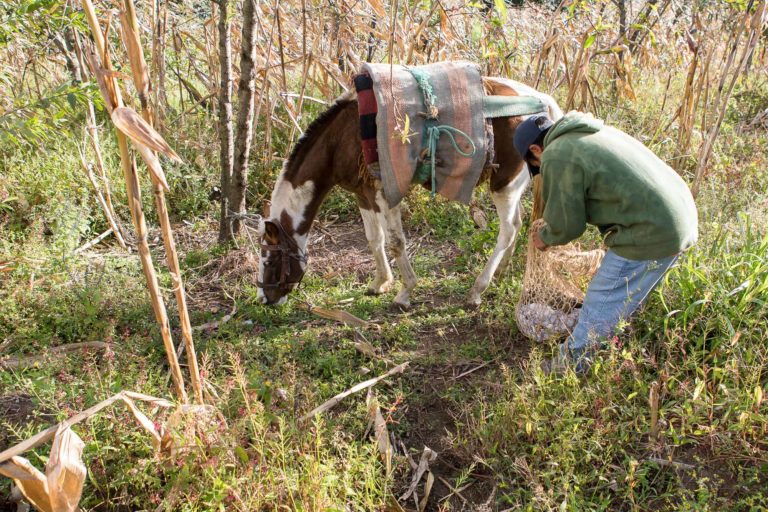 The International Coalition of Working Equids (ICWE), made up of Brooke, The Donkey Sanctuary, SPANA and World Horse Welfare, came together for a workshop as part of the 7th Pan Commonwealth Veterinary Conference.

An estimated 100 million working horses, donkeys and mules contribute to the livelihoods of many poor communities around the world. Yet, their contribution does not receive the same recognition as other livestock in policies and programmes. Furthermore, gaps in education and training of animal health practitioners and lack of awareness of good welfare practices amongst equine owners mean that all over the world equids suffer unnecessarily.

The International Coalition of Working Equids (ICWE), made up of Brooke, The Donkey Sanctuary, SPANA and World Horse Welfare, came together for a workshop as part of the 7th Pan Commonwealth Veterinary Conference held in Bangalore, India, taking place from 4 – 7 March. The workshop focused on the critical role of working horses, donkeys and mules in sustainable development, welfare issues in brick kilns, community programmes and the training of veterinarians in animal welfare.

ICWE was set up in 2016 following the adoption of global welfare standards for working horses, donkeys and mules by the World Organisation for Animal Health (OIE). The coalition of charities committed to supporting the implementation of these standards around the world, and have previously organised OIE-hosted working equid awareness days with welfare focal points in Africa as well as the OIE general sessions.

This week saw the first activity outside collaboration with OIE. The coalition put together a popular exhibition stand where conference delegates could learn more about equine welfare standards. In addition, Brooke India had its own stall, where the highlight was an innovative virtual reality video illustrating challenges of life in brick kilns in South Asia for animals and the people who rely on them.

“CVA strongly supports ICWE in its mission and recognises the importance of the working equids sector across ICWE members and elsewhere. We have a long history of working together with the coalition partners. I’m really pleased to see a strong presence from ICWE at the 7th Pan Commonwealth Veterinary Conference.”

“Veterinarians and paraprofessionals have a pivotal role to play in improving equine welfare across Commonwealth countries and beyond. We hope that delegates of the 7th Pan Commonwealth Veterinary Conference take the ICWE message home – working equids matter to sustainable development.”

“Trade in donkey skins poses a severe threat to donkey welfare. Imagine a world without donkeys and mules – how much poorer it would be for people who live in it. Donkeys are vital to the livelihoods of hundreds of millions of the world’s poorest people.”

“With over 100 million working equids globally it is vital that we work in partnership to have any significant reach to even a fraction of these animals. ICWE is a great example of this type of partnership and it is so appropriate for us to be promoting this in Asia at the CVA conference this week.”

“Working equids help provide food, water and livelihoods in some of the world’s poorest communities, but they often go without vital veterinary care. At SPANA, we’re very pleased to be a part of ICWE’s work in raising awareness of good welfare practices at this conference.”

In the coming months, the ICWE coalition will be producing practical guidance on equine welfare to support a World Bank project. It will also be present at a range of high-level international forums, such as the United Nations High Level Political Forum in New York as well as the All Africa Conference on Animal Agriculture conference in Accra, Ghana, continuing to advocate for working equids.

The funds raised will support expanded projects to provide training for communities in rural Haiti to improve care for their working horses and donkeys whilst strengthening their livelihoods and independence.